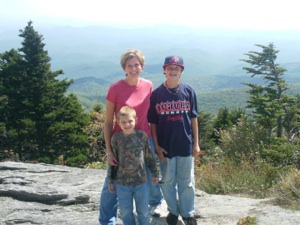 My memories until 2005 are pretty clear. After that, the memories fade for a few years, and then pick back up somewhere in 2008. I still fight back the tears and anger when I think about the years of my children’s lives where I was physically present, but mentally absent. I was robbed of fully participating in some of the best years of their childhood. My career ended when I thought it was just beginning. A Mild Traumatic Brain Injury in 2005 led to Epilepsy and my world was rocked. I wasn’t shattered beyond repair, but I was thrown into a world I did not know existed and was transplanted into a body and a mind that I did not recognize. Each day is a lesson in both patience and perseverance with myself. I’m trying to embrace the changes that life has brought me, accept the reality of my brain injury and learn to live with Epilepsy.

It was a simple errand. I needed to price trashcans for an upcoming event where I worked. I went to a local store. I remember walking in the store and turning left past the cash registers and then hanging a right between clothing and cards. Then I remember looking into bright lights, feeling plastic and air on my face, hearing strange voices rattling off medical jargon and a lot of loud beeps. I saw scissors cutting the left sleeve of my coat and sweater. I tried to move my arm away from the scissors but my arm was stuck. I tried to raise my head and look around but my head wouldn’t move. I remember the fear I felt when I realized I was in an ambulance and strapped to a gurney. We will never know exactly what happened that day. Someone found me on the trashcan aisle. There were no witnesses to tell us why I ended up on the ground with a gash bleeding on the side of my head.

Six months later I was staring into bright lights again. This time I was on the floor of a children’s store in the mall. My head felt like hammers were hitting it, my shoulder ached and my tongue felt like someone had stabbed it with a butcher’s knife. A woman’s face was above me and she told me help was coming and that I would be okay. She said my husband was on his way. I remember screaming for my 2 year old son. She pointed to the back of the store where customers had occupied him with toys. When I asked what happened, she said I had a seizure and she had witnessed everything.

My Neurologist confirmed that I had Post Traumatic Epilepsy. I spent another six months in the passenger seat being chauffeured around town, dependent upon friends and family to help maintain some sense of normal for my children. After several trials of medications we finally found one with manageable side effects. I went through months of speech and cognitive therapy to learn new coping strategies for my deficiencies.

My life changed forever in 2005. I fought hard to regain what was lost but I had to face the reality of the the long term injuries I sustained. I left my career in 2007 to focus on my own physical and mental health and on my family. I’ve been on a journey of self discovery while learning to cope differently in a world that expects me to be the same. The shell of my body remains the same but my inner workings have been overhauled. I’m working to fight my constant fears of another seizure. I’m learning to accept the rest of my life on medication and hoping that the side effects won’t rob anymore of my time. I’m trying to make Epilepsy understood and accepted among people and a world that does not understand and does not accept it. I’m also learning that when I’m brave enough to share my story there are people who want to understand and who want to raise awareness.

I have a brain injury and I have Epilepsy, but they do not have me. I wake up each day and make a conscious decision to embrace change, accept a brain injury, live with epilepsy and thrive in my own skin. My journey began with a trashcan and I’m determined to turn it into treasure.
[/framed_box]