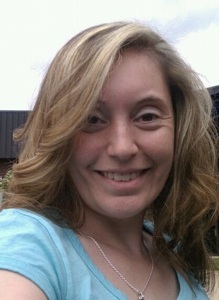 [image source_type=”attachment_id” source_value=”241″ align=”left” size=”small” autoHeight=”true”] When I was 6 months old I had my first seizure. At the time I was diagnosed with febrile seizures, brought on by high fevers. Throughout my early childhood and pre-teen years, I was on two medications and went through the barrage of testing: EKG’s, EEG’s, MRI’s, etc. Each year I had annual EEG’s and blood-work. When I was 12, the doctor’s were convinced I had grown out of it but told my parents that if it came back, it would be in the form of Epilepsy. I was weaned off my medicines and became medicine and seizure free for the next 3 years.

Then my sophmore year in high school everything changed. At the end of school one day, I remember bending down to get something out of my locker. When I stood up to walk away, I hit my head on the bottom edge of the locker door that was open above me. I remember going home, and lying down because I was tired. I don’t remember anything about the next few hours. While I was sleeping, I awoke, had a Grand Mal seizure & was taken by ambulance to the hospital. I spent half of that weekend in the PICU. I was finally diagnosed with Juvenile Myoclonic Epilepsy. The next several months were spent adjusting my Depakote up and down & going to the neurologist. I remember the doctor telling me what would happen if I ever got pregnant: the risks of birth defects, risks of carrying a child, the potential of passing it on, etc. Not something you want to hear at 15yrs old. I remember constantly being tired due to the incorrect dosing of the Depakote. A lot of this time is a blur, due to the tiredness of the dose being too high. Normal activities were limited for me, I couldn’t learn to drive. When I was finally able to, I wasn’t allowed to drive a car without someone else in the car that could drive, in case something happened. I wasn’t allowed to do any physical activities that involved flashing lights, loud noises or rough activity. I was so frustrated, depressed, and angry! Over the next few years, I had check ups and bloodwork routinely every 6 months. My neurologist kept saying I should have grown out of it by now, as I was 20yrs old. Yet I had Petit Mal seizures whenever I was taken off medicine. Every time I was weaned off, I would have a seizure. I soon left that doctor and found another, more competent.

Since then, I’ve changed my medicine (to Keppra, with no known birth defects) and my doctor. As it turns out, you don’t ever grow out of Epilepsy! I am happy that I am currently on a low dosage of medicine and my Epilepsy is well controlled. I know this is not often the case that only about 30% of us fall into this category. I don’t let my Epilepsy stop me anymore, if there’s something that I want to do, I set my mind to it and do it! This past year I completed the Warrior Dash, the Rebel Race, the Susan G Komen 5K, and the Columbia Metric 5K…and I’ve never run in anything before. This year I am doing the Warrior Dash again in May and we’ll see what happens after that![/framed_box]