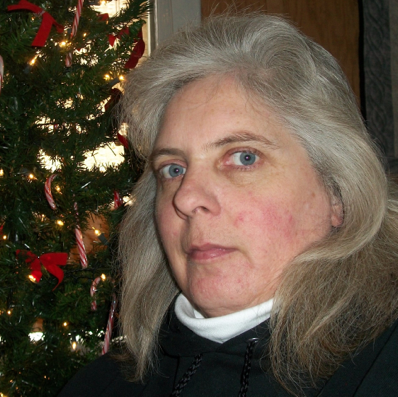 I was just finished my AA degree and was beginning my BS degree in counseling. I had transferred to a University in a different state that had everything I was looking for. I loved my classes, the campus and was doing great even though I was having some migraines. First semester I earned 3 A’s and 1 B. Second semester I got back from Christmas break and everything changed. My migraines were getting worse. This is were things get a little “not sure”… I know I either was blacking out, or passing out or having seizures. No one witnessed anything because I was in my room alone. I had run out of my migraine medicine one day and went to the campus medical office. They didn’t have my regular med. and gave me something else. That night I passed out while standing outside on pavement and hit my head very hard. It was about three weeks after that that I was first witnessed having a seizure. So, we are not sure if I had been having seizures before this medicine reaction & head injury or not. I had a slight concussion from the fall. I had an MRI several months later that came back normal. My first EEG was abnormal. I was having grand mal seizures weekly to by weekly.

When I came back to school the following year, I was told I could not live in the dorms. I was told that I was a liability. My parents and I fought this. I could not drive any longer and I had to live on campus. They were not going to get away with this. They backed down; but they put me through a lot that semester. I graduated at semester time. I am proud to say that I graduated with a 3.74 g.p.a. while having grand mal seizures at least once a week and taking a full load of classes.

I did not get to accomplish my dream of becoming an art therapist, as my seizures became so severe that I could not work or live on my own for about two years. I was hospitalized for two weeks and had pretty much every test imaginable done on me…

The neurologist I had at the time would just tell my parents or me to call him when I had a seizure. He would then call in another anti-convultant for me to take. At one point I was on four different meds. One night I had a grand mal, stopped breathing in the ambulance and the hospital. They did blood tests and found I had toxic levels of meds. in my system. We fire that neurologist!!!!

I got a new neurologist who took me off all meds for a few days to clear my system, then did some more tests on me. Slowly started me on One med. I was seizure free for almost four years. I got a job working with pre school kids, then decided I wanted to work in my field and applied to work at the school district to work with emotionally disturbed high school kids. My plan was to work there for one year and then return to school to get my masters degree…

I fell in love with the students and ended up staying 6 years. About 3 years ago my seizures started again. At first I tried to hide them, but as time went on, I couldn’t hide them any longer… especially since I started having them while at school.

At first the school was sympathetic about it and was willing to help in anyway they could. I gave out information sheets to everyone I dealt with. We told the kids about it and what to do.
My students were AWESOME!!!! They were the first to notice if I was having a seizure and the first to come to my assistance. They knew what to do and how to do it more than most of the adults in the building! (And these were the supposed “bad” kids!)

I ended up losing my job this last March, 2011. I was told that it was no longer safe for me to be there. That I was taking up the school nurse’s time. (I never asked her to come to my assistance. They told her she had to come.) My neurologist wrote up a protacol for the school and they said they would not follow it. That it was not school policy. They would call 911 every time, even if it was a simple partial and I just needed a few minutes.

I miss my students very much. I am also an artist and I spend my days working on my art now. Trying to educate people on epilepsy and finding a cure. I am hoping to be able to go back to work again soon.
[/framed_box]