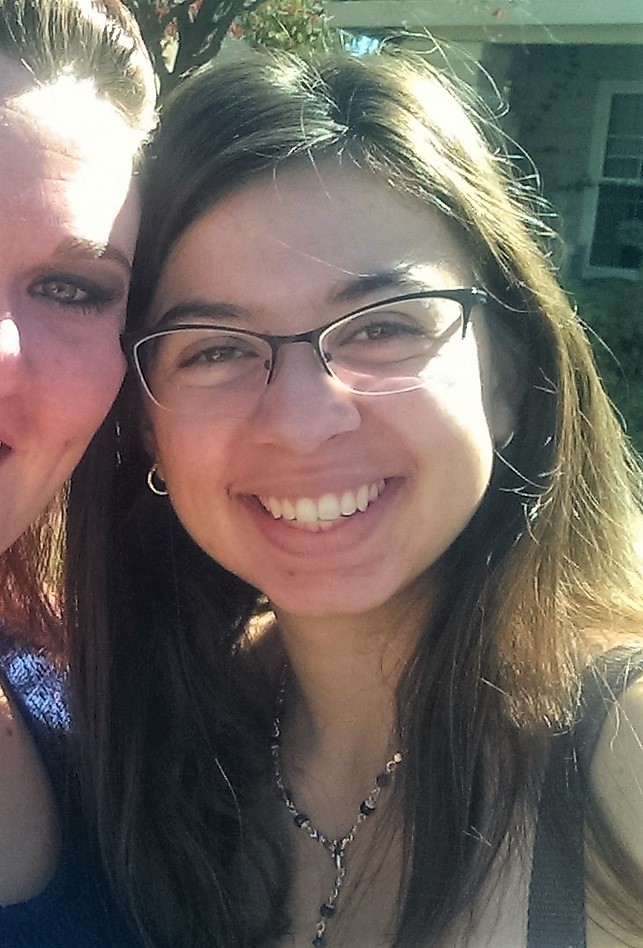 My name is Ashley. I am twenty years old and I have epilepsy. I was thirteen when I had my first grand mal seizure, and admittedly I do not remember much of it. My family and I were on our way to Washington and we had left before sunrise to get an early start. A few hours later while we were parked at a rest stop my dad began to grow angry at my lack of responsiveness in our conversation. To his surprise he turned around and found me having a grand mal seizure in the back seat of the car. I vaguely remember the van door sliding open next to me as the paramedics unloaded me into an ambulance, but beyond that one glimpse of consciousness, I have no memories of that day. It was the beginning of a long journey.

The doctors had no reason to believe that my singular seizure was enough to diagnose me with anything as definitive as epilepsy, so they sent me on my way. Life moved on, and besides a spike in parental vigilance, nothing changed. It was almost an entire year later until I had my second seizure, but this one was different. As I went through my morning routine before school I noticed my right hand would occasionally jerk of its own accord, sending whatever I held in my hand at the time flying across the room. I brushed it off as nothing more than muscle spasms and carried on. The next thing I knew, I was waking up in a hospital bed and my parents were telling me what had happened, another seizure.

This second round of doctor visitations and brain scans brought back different results. My EEG was abnormal, so I was sent to a new doctor (my soon to be neurologist), who told me I officially had epilepsy. My new daily routine included taking pills twice a day, a strict sleeping schedule, and my least favorite, more heavy handed parental concern than I could stand. My parents watched me like a hawk; they came running at any unexplained noise and were constantly reminding me of my new limitations. No longer could I climb trees, or swim unsupervised, and sleep-overs became an absolute nightmare. Every hang out began with my friends receiving a strict lecture from my parents about the potential dangers of my staying up too late or being distracted enough to forget to take my medicine. It was mortifying to have to sit in the same room as my friends while they received a crash course of seizure treatment from my parents. Even worse were the new pitying tones their parents used when they asked me if I needed anything. Though I in no way felt physically or mentally altered by my epilepsy, everyone began to treat me like I was made of glass and they were afraid of breaking me. I didn’t understand it.

I felt smothered by this unwanted attention. I made sure not to bring it up in conversation, because the word still felt alien on my tongue, and I was unsure of how to bring it up tactfully. Yet however much I refused to acknowledge my epilepsy in public, in private I craved any knowledge available to me. My internet history was filled with pages upon pages from various medicine journals and research foundations, and I devoured what few books my high school library offered on the subject. I began to pay more attention in classes when brain disorders were brought up, and soon I was feeding a budding passion.

The questions broached on the topic caught my teacher’s attentions; they inquired as to the spark of this sudden interest. It was questions like these that brought me up short. Never once in those early years did I simply state the truth. I debated internally upon why I found it so hard to just tell people I had epilepsy, to be completely honest, every time I opened my mouth the words stuck in my throat, frozen by the fear of judgment. There was always a split second of hesitation before I plastered on a smile and lied through my teeth. I never felt comfortable discussing my epilepsy directly, but gradually, thanks to supportive friends and family, I was able to accept it as an irrevocable part of my life.

Having epilepsy has deeply impacted me, but its influence was not a negative one. Those early questions and independent searches set me on my way to becoming a pediatric neurologist. Having since begun the arduous journey towards medical school, I have grown steadily accustomed to having epilepsy. No longer do I find it a burden, but I choose to view it as a blessing. It may sound strange, but I truly have come to feel blessed that God gave me epilepsy. I was made exactly the way He intended, and epilepsy is a part of my unique make-up. Being diagnosed with epilepsy was not a mistake, nor did it degrade me to a random statistic.  It was a gift, one that put me on a new path towards a future I could never have imagined for myself without it.