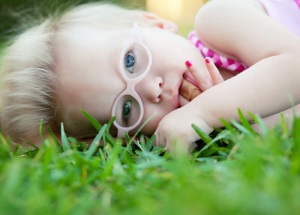 These past few days have been just overwhelmingly hard for our family. We have had to process the death of a beautiful little girl named Harper Howard and the daughter of one of my best friends. Harper was 5 years old with beautiful blue eyes and she was so innocent. My journey with Harper began in 2011. Her mother, Penny, reached out to me through the My Epilepsy Story organization. Harper had CDLK5 (www.Hope4Harper.com) and with the multiple physical challenges that Harper faced she also had epilepsy. This is where our story begins…..

Penny Howard shared her story about Harper to me in 2011. As I listened my heart was broken. I knew in that moment that Harper would not live a long life. I remained in contact with Penny and we became fast friends. Our connection began with epilepsy but our connection grew deeper… I have won and I have lost over the past few years and my friend Penny has supported me. We have had those “tough conversations” about having a child with a disability, those crying moments of admitting that we are scared as hell for our children, lots of laughing (especially when I called Penny crying because people were looking at Samuel when he began doing exercises in the Vineyard Vines store because we couldn’t find pants that fit him), many ups and downs with Harper, coming to the realization that Harper could die from seizures, Penny finding Hemp Oil to control Harper’s seizures, spent countless hours together at the American Epilepsy Society meetings and so forth… Our daughters, Hannah Kate and Lily are pen pals…. Penny and I feel as though we short changed them everyday to care for their sibling so then comes more tears of feeling we have failed. Yet, Penny and I never seem to be broken… Except on January 8, 2016. Penny and her husband Dustin took Harper to the hospital because she was having breathing issues. I must admit, I thought, well Harper will bounce back. This time Harper did not bounce back… Harper lost her struggle with CDLK5. I remember texting back and forth with Penny late in the evening of January 7th as Penny was with Harper in the PICU. I don’t think I will ever forget those text messages…. The pain and heart wrenching decisions that were having to be made were uncontrollable to handle. Rob and I sat in Nashville while Penny and Dustin sat in Dallas.   Our hearts were broken and there was nothing we could do to help our friends. My husband and I sat in tears thinking, this just can’t be happening. We climbed into bed and just prayed that Harper would make an amazing recovery like she has done so many times before. As we laid there we talked about our three babies in the other room and what would we do… Rob and I knew we couldn’t even imagine. Our three babies are our life, they bring us joy and love. We both said we couldn’t imagine a day without them. We wouldn’t be able to function… And here one of my best friends was facing the unthinkable… I told Penny that I would have the phone next to me so just call or text if she wanted to talk. I remember hearing my phone go off with a text message and I thought well Penny needs to talk. As I reached to look at the message, it was to tell me that Harper had died. I began to cry uncontrollably and was saying “No, No!” Rob said ,”What is it ?” and I said, “Harper is gone!” and then I couldn’t even stay in my bed… Rob and I are heartbroken…..

Well, I am beyond heartbroken…. I am angry that a little girl died. My best friend lost her baby girl and there is nothing I can do to fix this. Harper didn’t lose her battle because of a seizure but how much of her life was lost because of seizures? How much money do we spend on things that don’t really matter in life? Am I wasting my time on things that are useless in the big picture? Do I hug my babies enough? Do I value my friendships enough?   In the end, I have no answers to these questions….I have hope though. I have hope that our futures will be bright and one day we will find answers to CDLK5 and Epilepsy. I know that as we prepare to see our friends all we can do is hug them…

Rob and I have made a commitment to make a difference in the lives of women and girls diagnosed with epilepsy as well as their families. This path that we are on is not an easy one. We are going to lose at times and it is what we do in those times that will define our future. Right now, my time of grief is here but I know that this will only drive me further to make a change in this world.   Henry David Thoreau once said, “It is not enough to be busy. So are the ants. The question is: What are we busy about?” 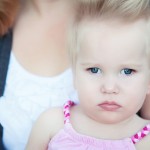 I will miss you sweet Harper…. I love you and thank you for giving me the friendship with your mother. We will keep your life and story alive through the My Epilepsy Story organization and Hope4Harper.